Chatkharay needs no introduction for Karachi dwellers.
A new branch of the eatery has opened it's doors in Clifton block 3, a stone's throw away from South City Hospital and located right next to Anjarwala's bakery and sweet shop. 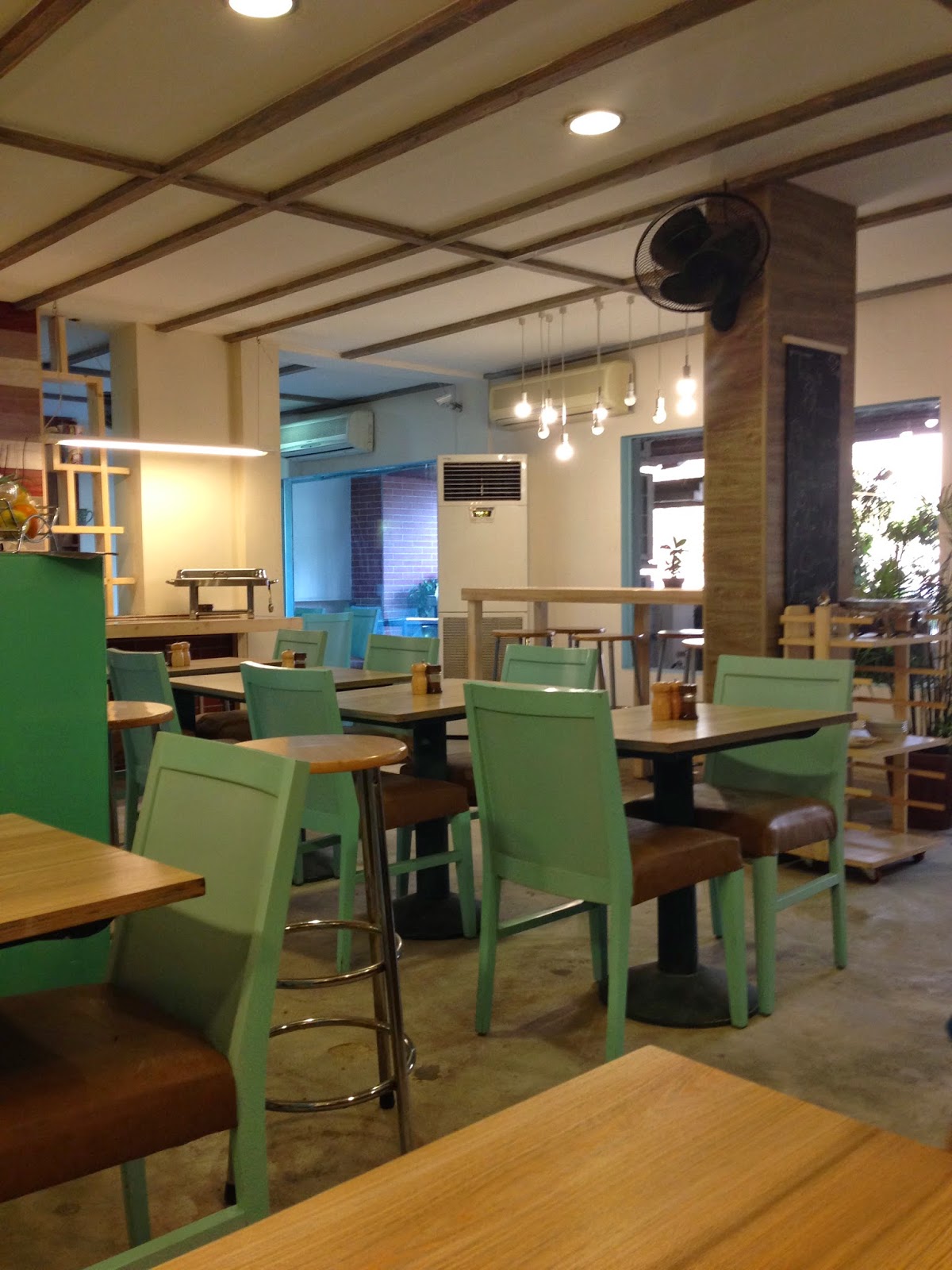 Recently, the branch has undergone a much-advertised interior renovation.
It serves breakfast all days of the week, starting 8 a.m. 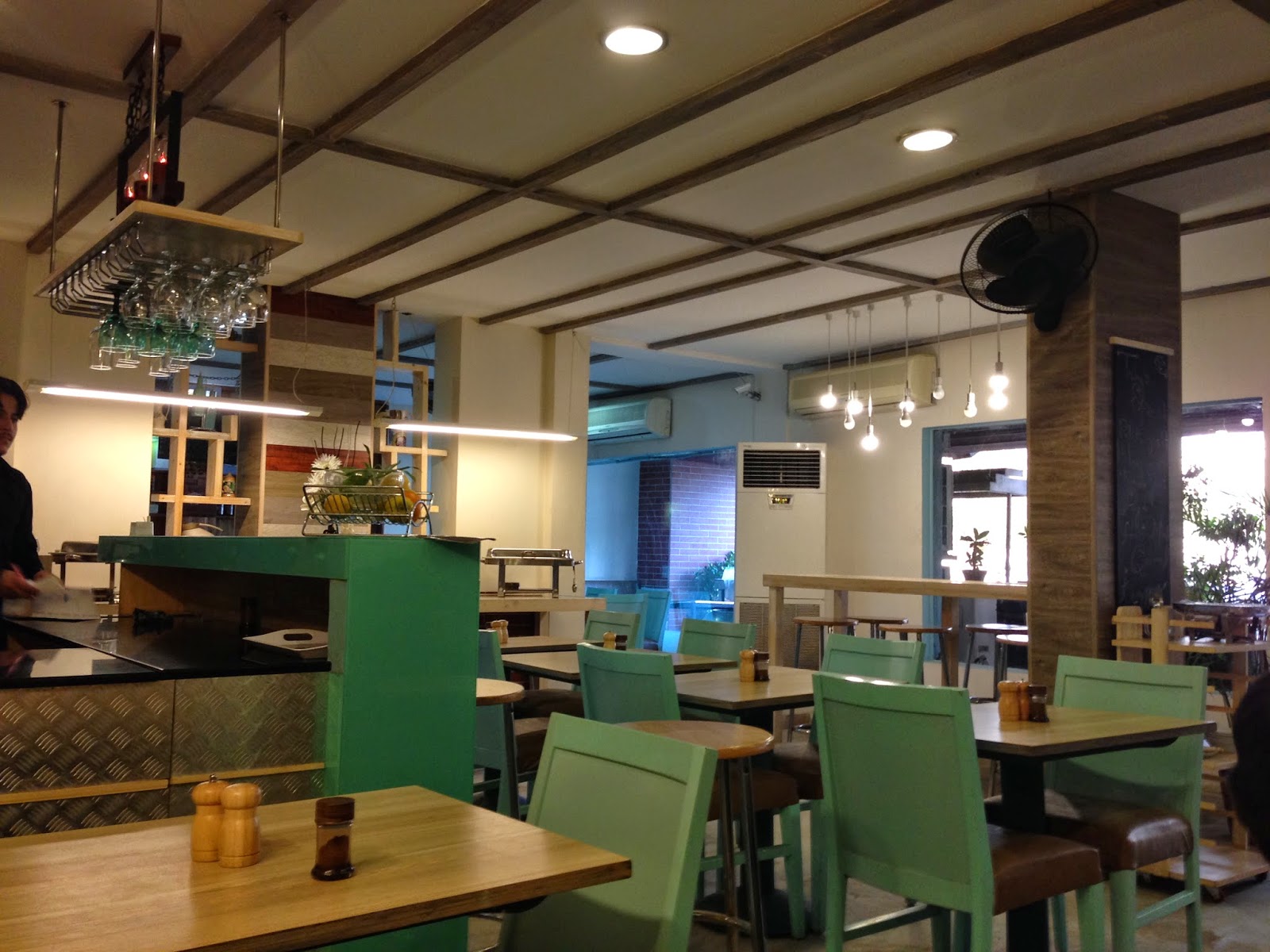 You can see that it does look much better inside now.
They advertise a daily brunch too, which is not a very elaborate affair, but when we arrived a few minutes after 8:00 a.m, there was no sign of the same.
Better to call them ahead at 021-35874815-7 and ask. 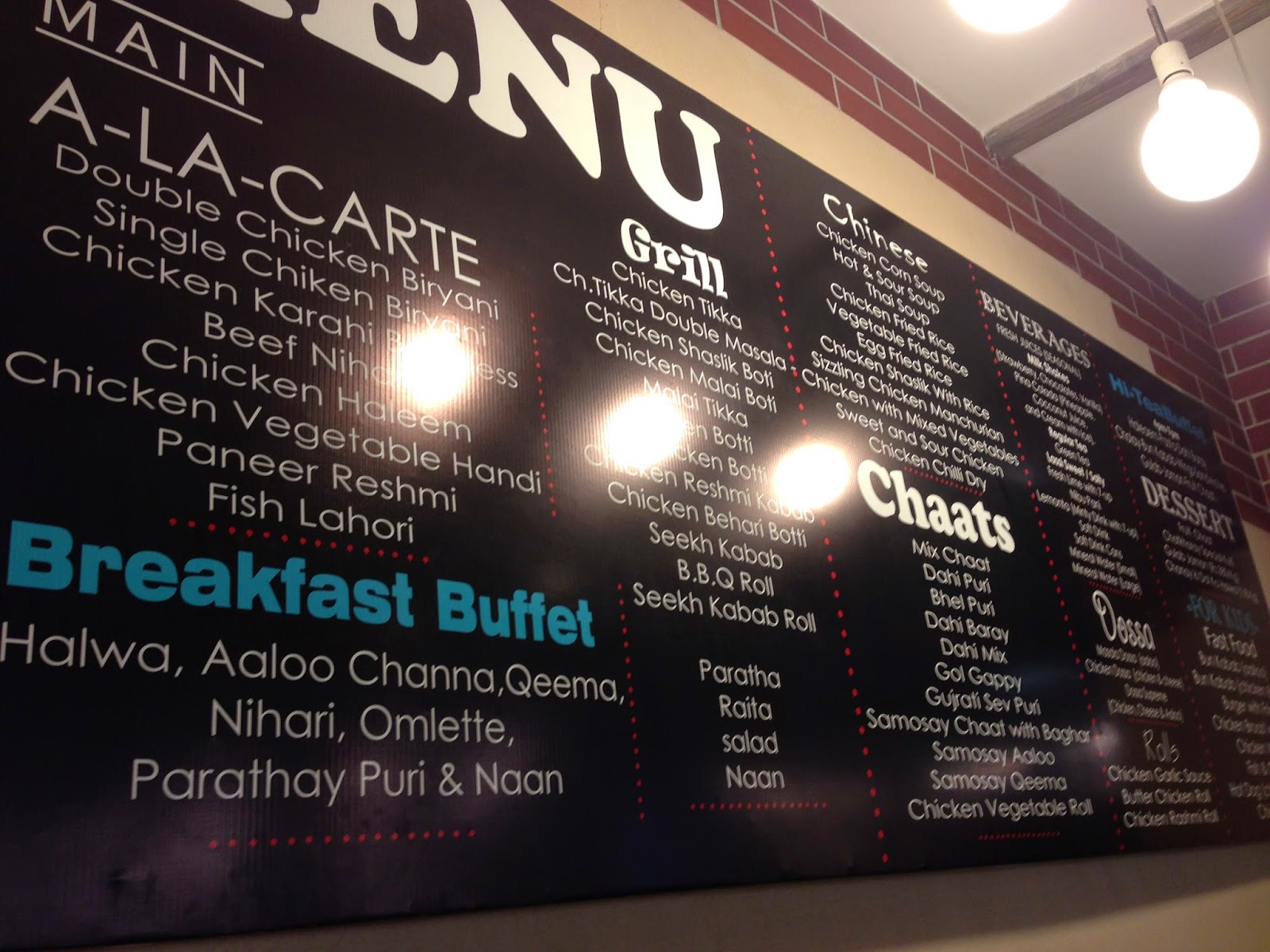 Their menu at a glance. Take a look at the full menu here.

When the weather gets really hot in Karachi, early morning breakfasts start gaining value over lunch outings (at least for our family), because we try to avoid the scorching midday heat. 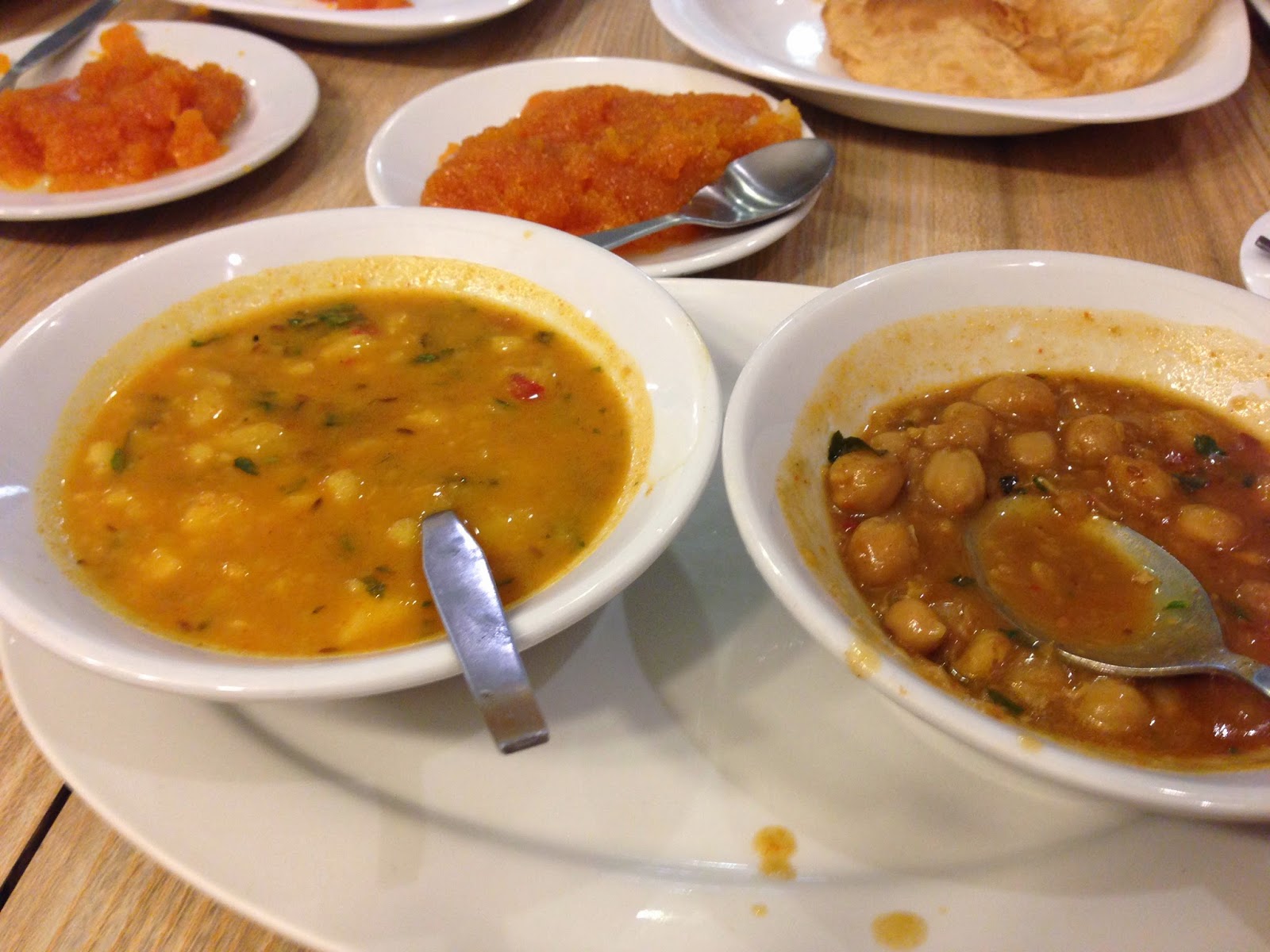 If you want to have halwa puri in an air-conditioned setting early on a weekday morning (and if you don't mind paying a bit extra for this), Chatkharay is a good option. 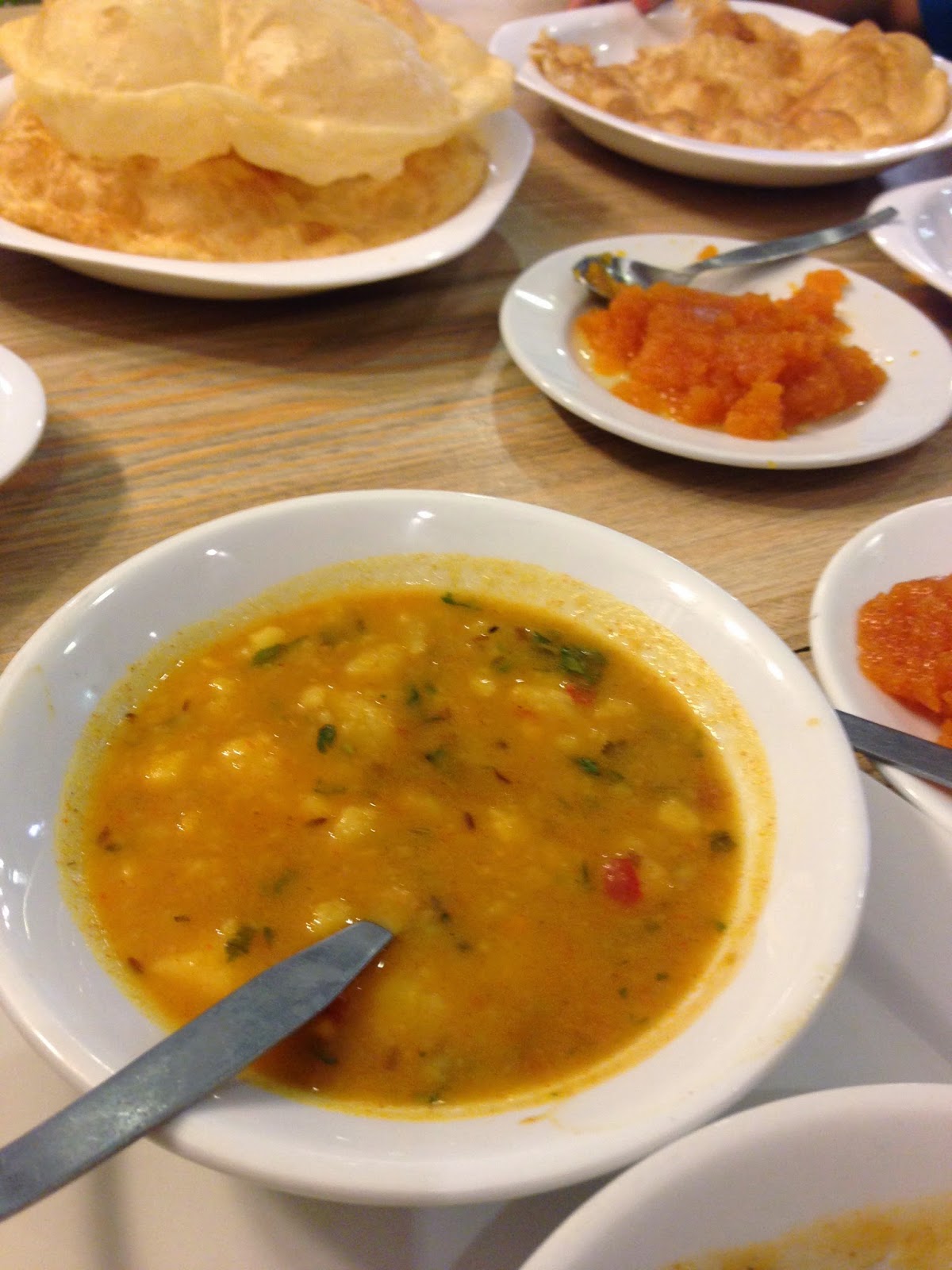 The aaloo bhujia and cholay were very mildly spiced, with the puri's made and served fresh. None of us had any major complains.
Unlike that served every morning at Dera (Boat Basin), this aaloo bhujia had no scraps of potato peels in it. 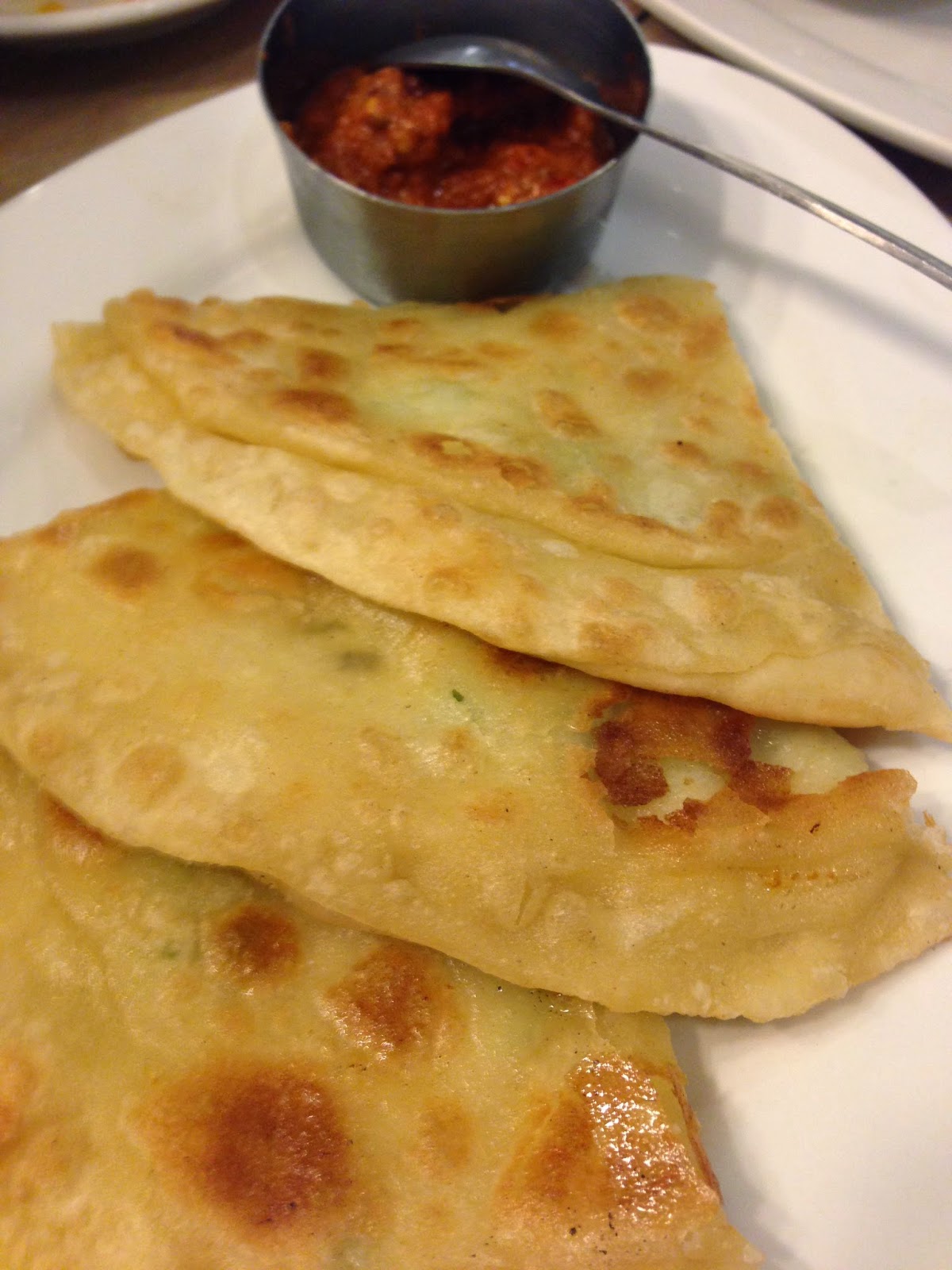 Cheese paratha with cream cheese and chopped veggies inside.
The red chilli chutney that came along with this paratha was awesome! 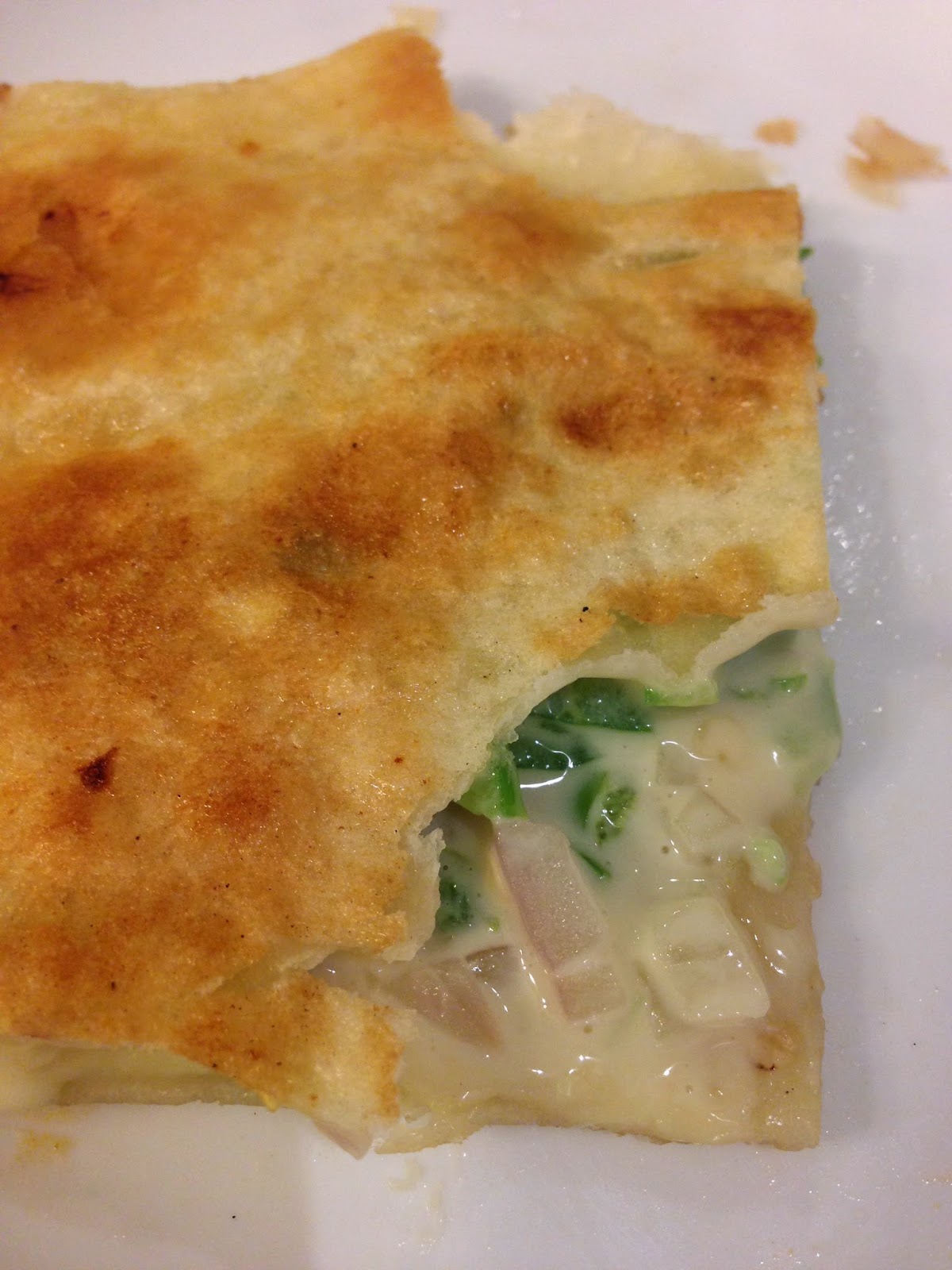 As probably apparent, this was more than adequately filling....enough for 2 people! Leftovers were packed for later. 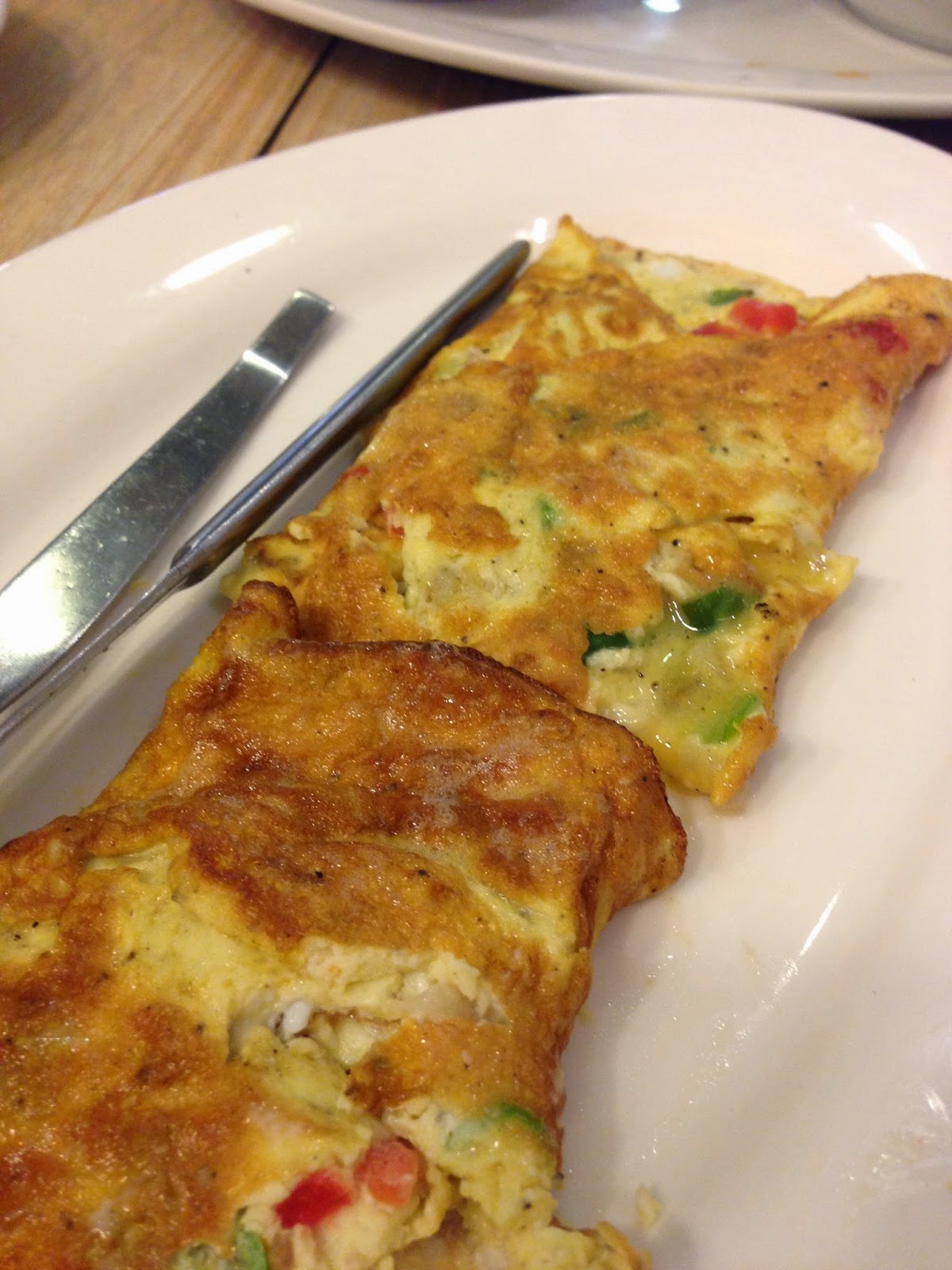 This was clearly prepared in haste, and we had to complain to the server that it was served last (even after the stuffed paratha - pictured below -and tea).
Nevertheless, the taste was pretty alright. 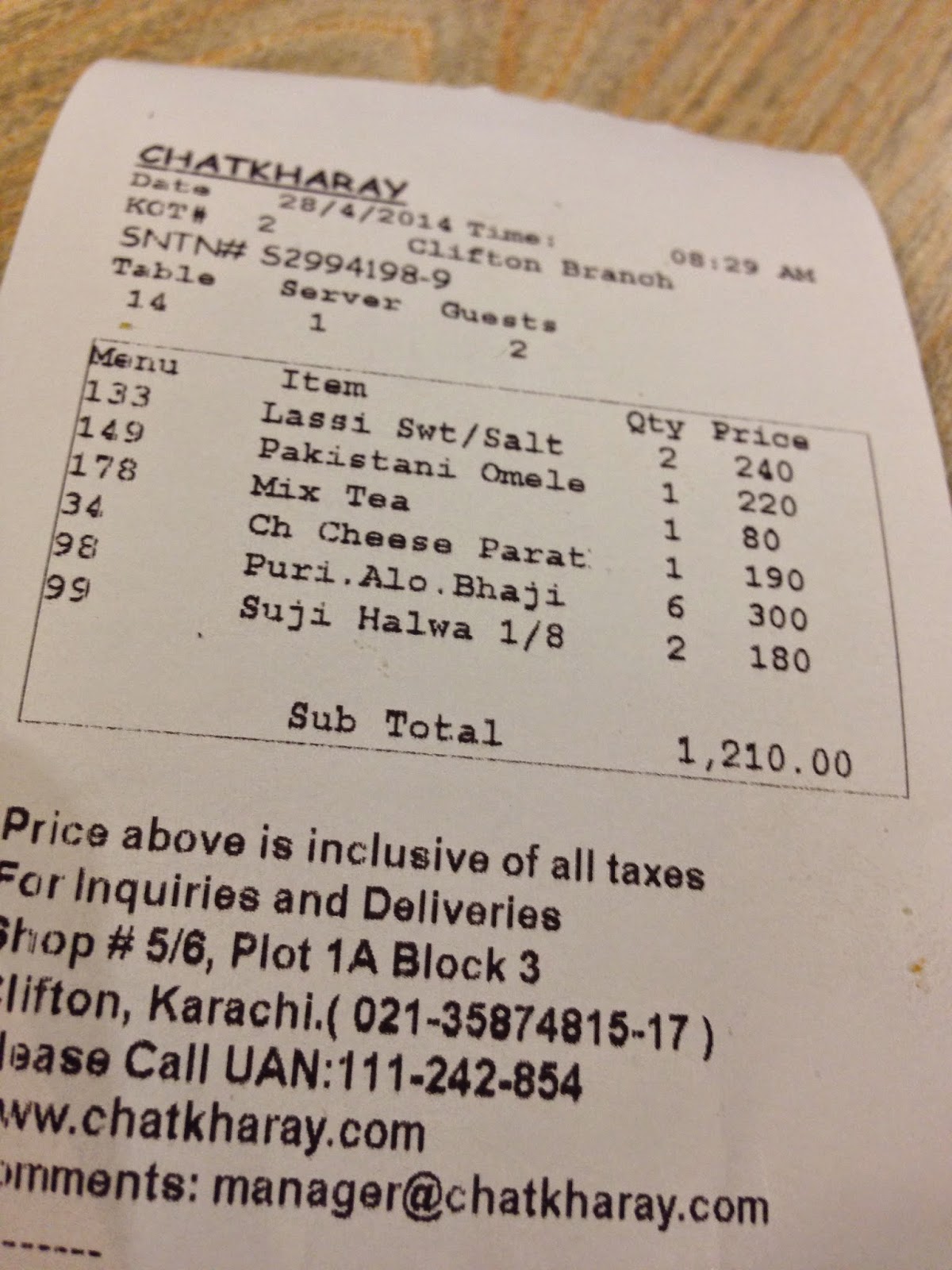 I forgot to photograph the mug of freshly blended sweet lassi, which was really good (we went for seconds).

The doodh patti tea, however, could be easily given a pass (too many bits of cream floating on top of it.....meh).

Verdict: Worth it. Go enjoy an early-bird weekday breakfast before the midday heat sets in. The weather will be mild between 8 and 9 a.m. during the coming summer months.

Just beware: the beggars thronging this area rise early to start their job too. Sigh. :-/