Do you like having spiced chai? And are paratha's of different kinds (including the Arabic stuffed and fried flatbread called fateera) something you like to have with your chai?

If your answer is yes, then you have to give Chai Master a visit. 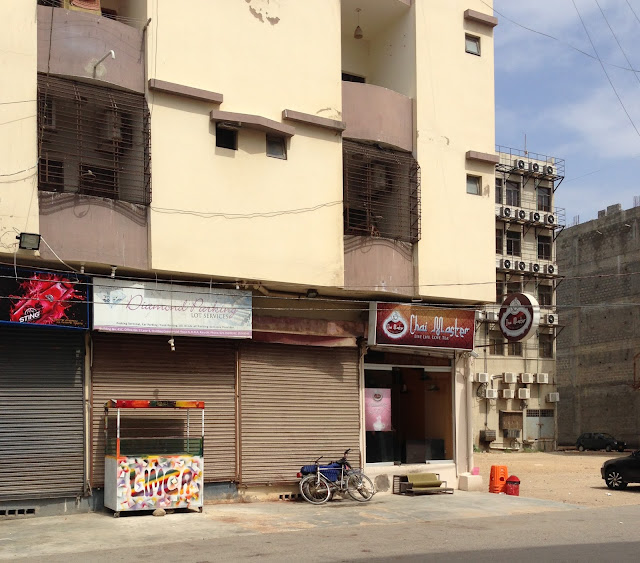 Chai Master is located in Shahbaz commercial area (or is it Seher commercial?) in the same vicinity as a handful of other new cafes, such as Cafe Pink Cadillac and Cafe Riverwood.
It is located in the lane that starts right opposite the centrally located Imam bargah - a landmark hard to miss. 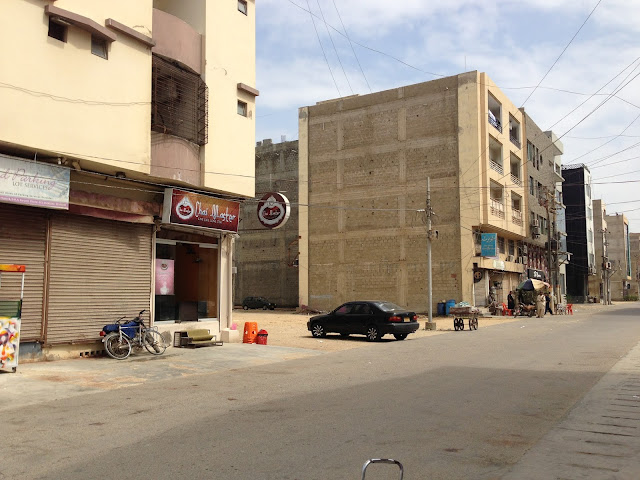 It is a small eatery. Keep a lookout for it when you pass by, else you'll miss it.
It's size is clearly it's biggest 'shortcoming', if I might call it that.

Inside, there is just enough seating capacity for 6 people, max. 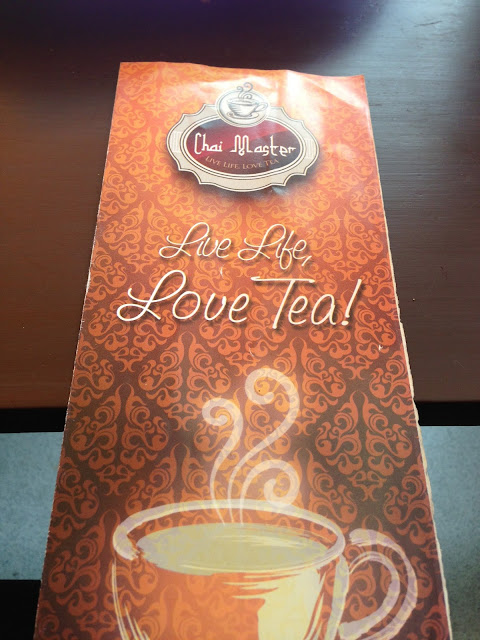 If you like Arab-style teas, though, then you'll like eating here, even if it means doing so whilst sitting in your car. 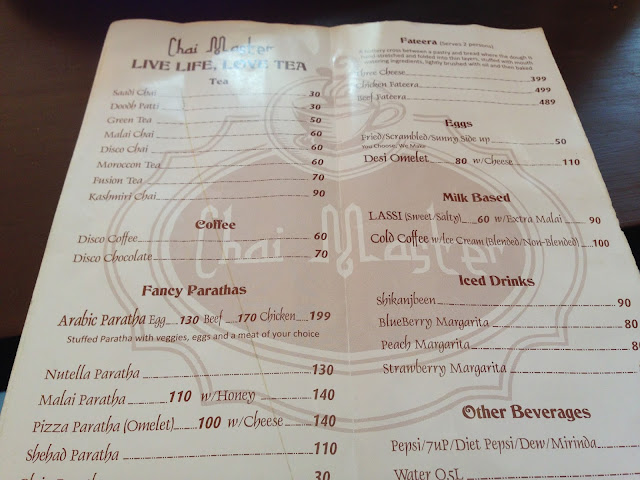 The menu is not very elaborate, which is good, in my opinion.
Less is more. :)

We ordered the Disco Chai, but sadly I forgot to photograph it.

It came in small, concave glass cups (the kind in which Arabs drink their coffee/tea) with metallic handles. Something like this, but much less ornate.

The chai was alright; a bit small in portion for the price of Rs 60 per cup.

Plus, I don't like tea that has a thick film of cream on top. 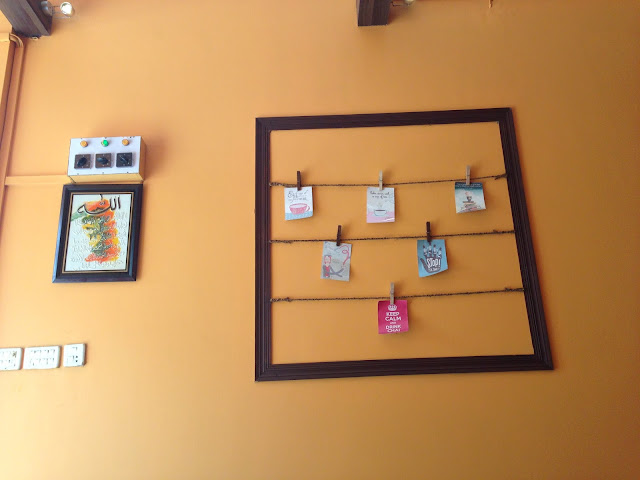 The decor of the small outlet is very simple. 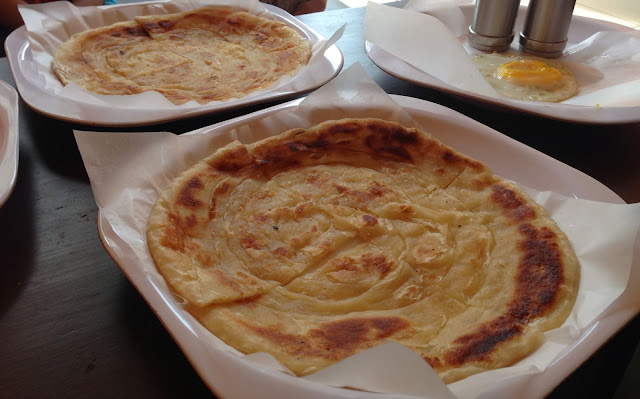 I prefer whole wheat paratha's (thanks to my Ammi, who always made fresh ones for us for lunch after school), but these piping hot, white-flour ones that were served to us right off the stove fared very well as breakfast on a Sunday morning. 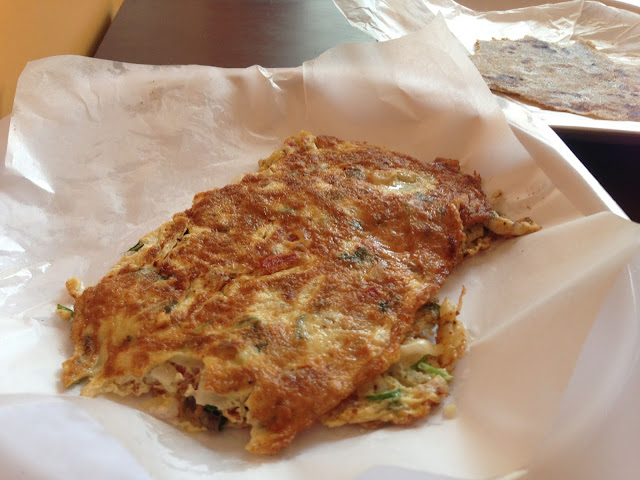 In the background in the photo above, you can also see a plain whole wheat paratha (already torn from all sides by us) that the management asked us to try because they are thinking of introducing it into the menu.

I loved this omelet!

A total hit, it was packed with veggies such as onions, green chillies, and tomatoes, with melted cheddar in its folded midst. It was evenly well-browned throughout- just the way I like it. Every bite was a joy. 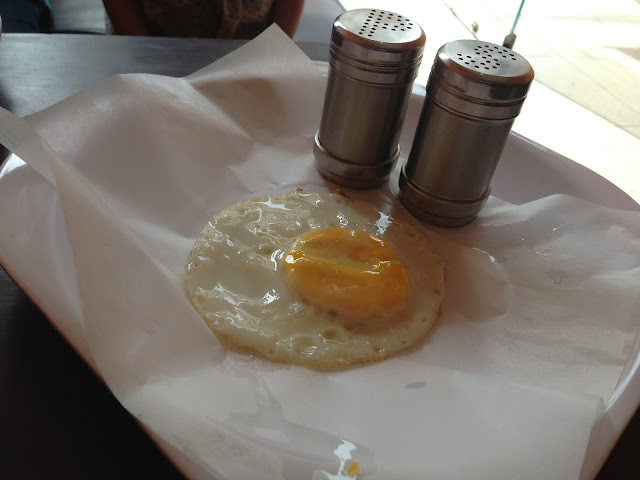 This was nothing to write home about.
It was also a rather small egg, as you can see. :P We had to order another. Heh! 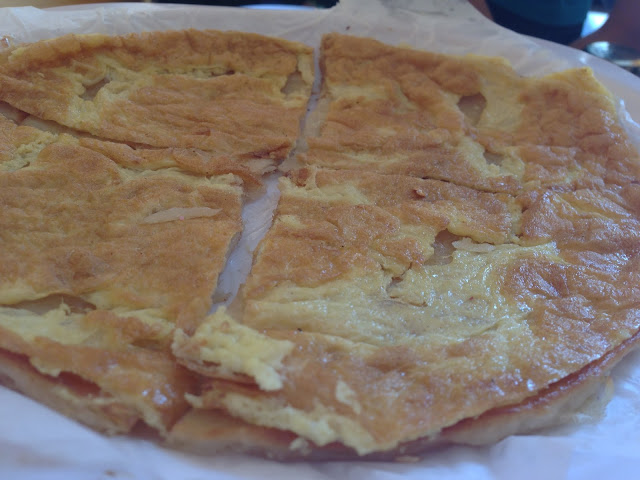 This is basically a paratha that is topped midway through being prepared with plain beaten egg.
This was a hit with the children, for whom we especially ordered it plain (sans any spices or veggies). 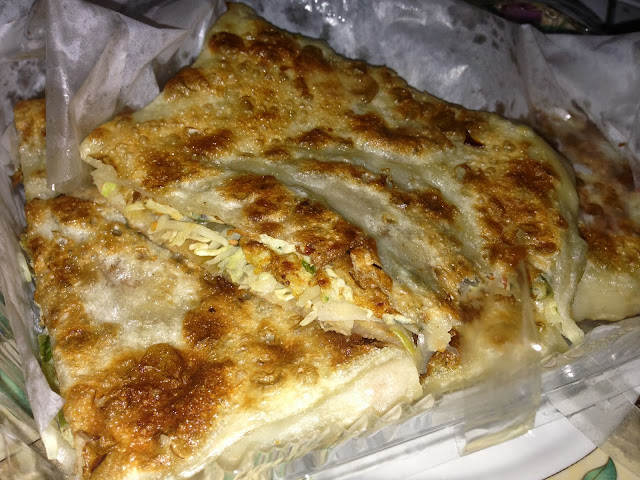 We ordered this for takeaway on another day. It is a paratha that is stuffed with vegetables and beaten egg (omelet) inside.

If you like stuffed paratha's, you'll love having this.

The only other eateries that I know of where I can get good whole-wheat tawa paratha's are: the rather over-priced Neco's, and Chatkharay.

If you know of any other eatery that offers tawa paratha's on it's menu (especially whole wheat ones), please let me know.

Verdict: The chai was alright, but I am a fan of Chai Master already because of their paratha's! Perhaps they should rename themselves: Paratha Master? :)

We also tried their Nutella Paratha, priced at Rs 130 (sorry, once again I forgot to photograph it) and it was quite awesome! If you like paratha's with sweet stuffing (like my husband and kids do), then you'll probably love their Nutella paratha as well.

Chai Master is open early on Sundays for breakfast. On the rest of the days of the week, they open after 2 p.m.

So give their breakfast a try on a Sunday, but remember to arrive early, because as I said, there is limited sitting space. You'll actually have to sit outside on plastic tables and chairs to eat.

But if the food is good, who's complaining? :)