I have already blogged about how we enjoy dining at Charming Snacks at night; an eatery located on the main road outside the side lane leading into Delhi Colony, with the home store Habitt nearby.

Well, there is a small kiosk just behind Charming Snacks that serves lachchay-dar paratha's with omelets on weekend mornings (Saturdays and Sundays), which are very much like those available at the famous Quetta Alamgir Hotel on main Alamgir Road.

Since breakfast eating out is the rage of the day nowadays in Karachi, with many eateries now offering an early-bird menu for the hungry early risers, and also since the short winter daylight hours facilitate going out in the mornings on weekends, we decided to try out the anda paratha breakfast here. 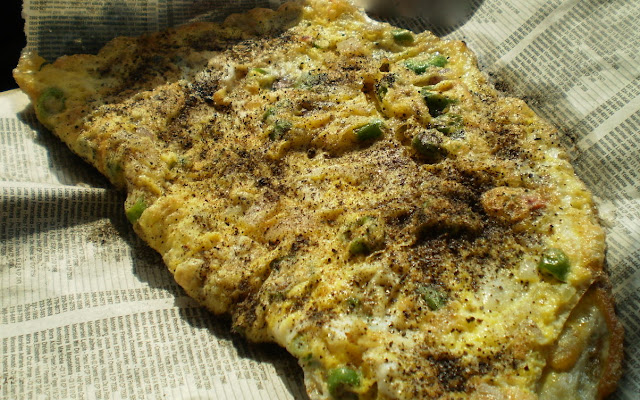 This omelet was full of chopped onions and green chillies, just the way I like it. However, the generous topping of black pepper powder was something I could have easily done without.
Nevertheless, it was a good anda! 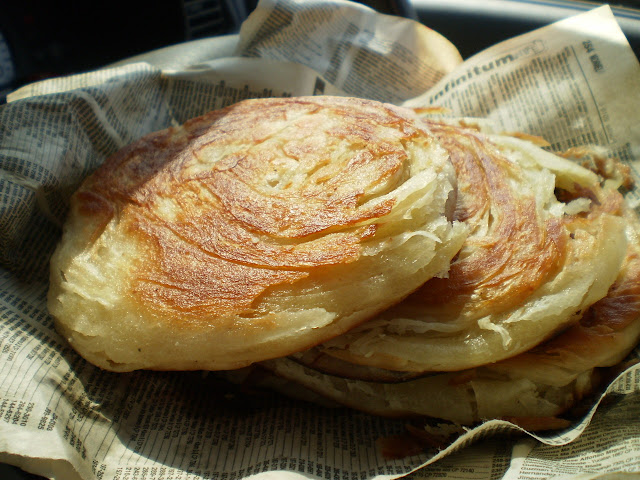 Dotted with black kalonji (black cumin seeds), and slightly sweet, these paratha's are delivered to you so piping hot, that you need to really practice self-control otherwise your fingertips can get burned trying to break them apart before they have cooled down. Steam exudes as the crisp folds unleash their latent heat.

Crunchy on the outside, soft on the inside, these paratha's are made with white flour and tava-fried, so it is best to have them only once in a while.

And like all unhealthy foods, they taste absolutely divine with those omelets! :)

Ever since my other half has had a taste of these paratha's, he is the one who usually suggests we go to Alamgir Road or Charming Snacks for breakfasts on Sundays. 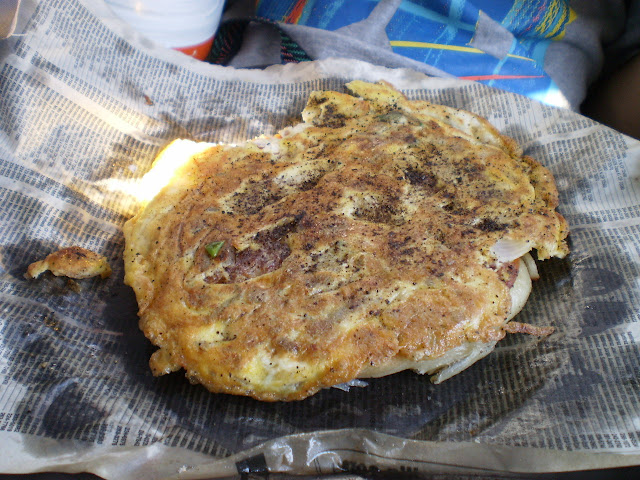 Called "pizza", this local dhaba "invention" comprises of the base of a lachcha paratha topped with an omelet - Rs 35 each.
Our children prefer these "pizzas" because they are less of a hassle than eating separate anda's with paratha's on hot plates balanced precariously on their laps in the car. 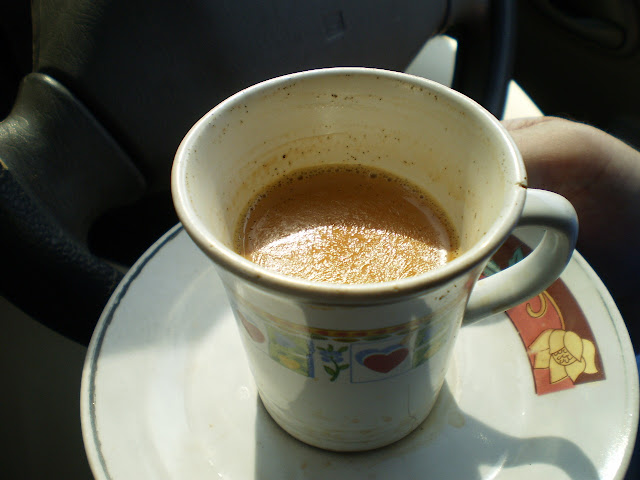 
I am not a big fan of our local dhaba-style doodhpatti chai, simply because it is almost always too sweet, and more often than not, it comes topped with a crust of thick "balai" (cream) on top, as you can see in the picture above.

However, I love how they serve it in ceramic cups! :) Strong (as you can see) and creamy (made with organic, "khula doodh" or un-packaged milk), it is best enjoyed by those who love a thick, slow and rich brew of tea.


Verdict: Easy on the pocket and a great option for chilly, wintery mornings, the lachchay-dar paratha's and "pizzas" available in this small kiosk behind Charming Snacks are a great option if you cannot go all the way to the crowded Alamgir Quetta Hotel on a weekend morning for breakfast.

The service is good and swift. Just do remember to take along hand sanitizers, tissues and a newspaper or two to place on your lap, as eating crisp and flaky paratha's in the car, on plates that are steaming hot at first, can get a tad messy!