The Nadia Coffee Shop at Marriott needs no introduction. It has been around since as far back as I can recall. 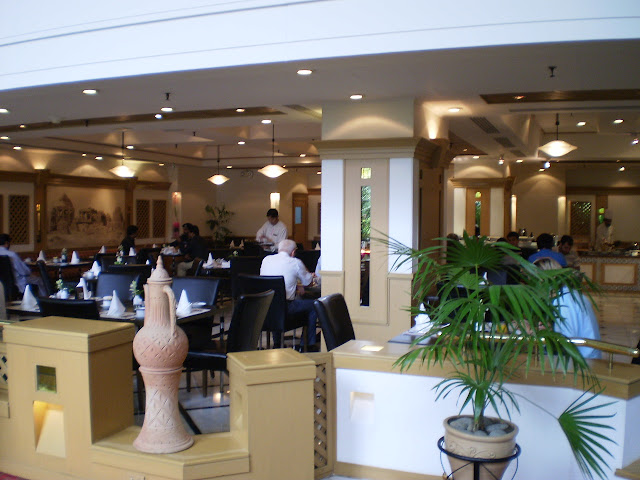 The ambience of the shop is inviting and cozy, as you can see. 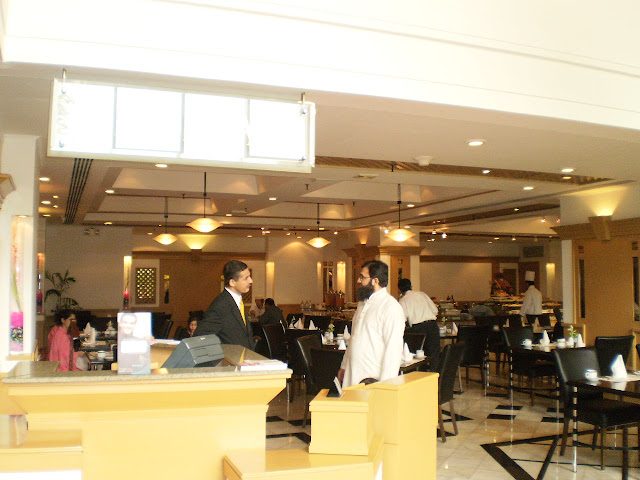 On Eid this year, after the early morning Eid prayers, our hunger pangs made us decide to stop and have brunch at Nadia. It was a first time for us, so we decided to make the Eid morning a bit special and feed ourselves heartily after a month of fasting and worship.
As we all know, eating food during the morning on Eid feels really special because it is something all Muslims have not done together in 30 days! 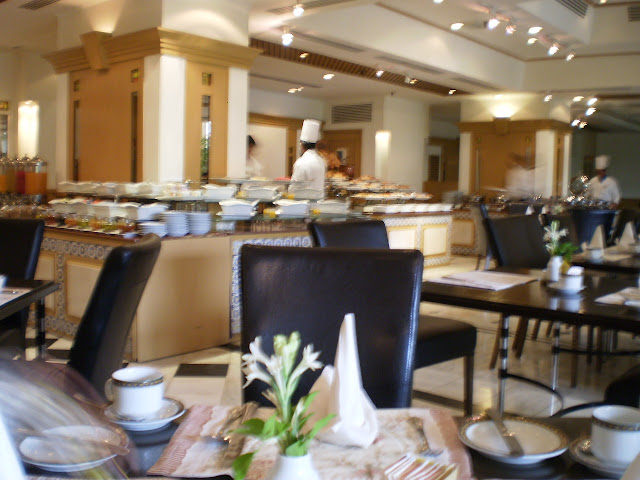 The leather seats were very comfortable, and the tables were laid out to perfection. 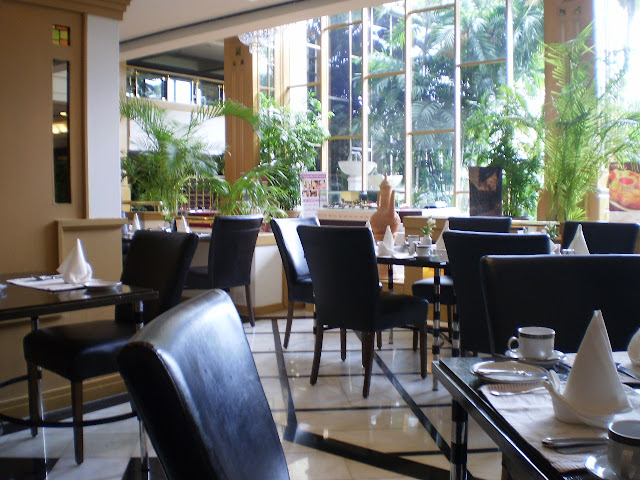 The weather that morning was cloudy and pleasant. 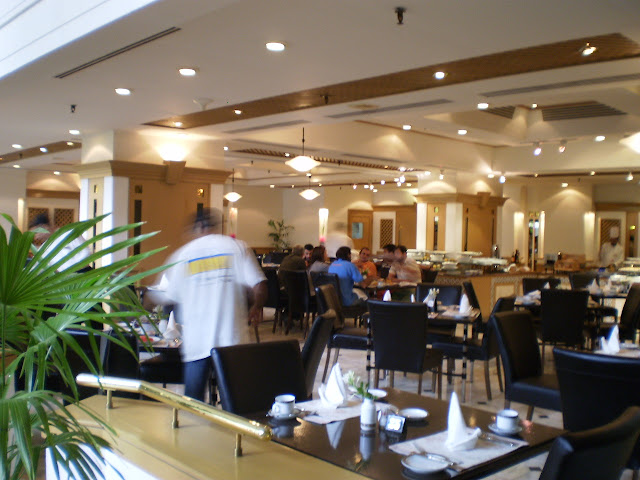 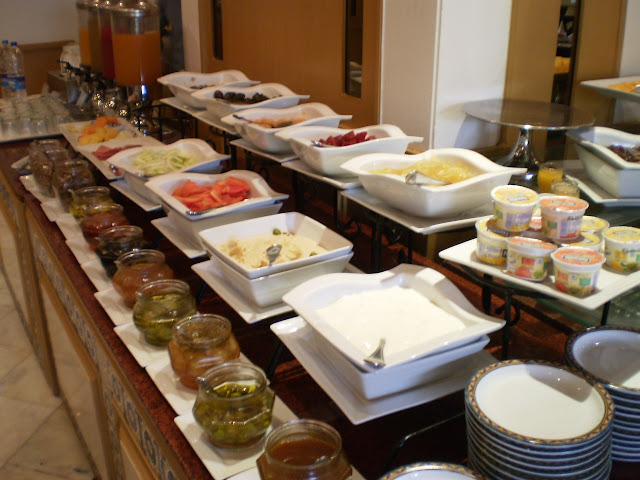 Fresh fruit was on offer in a large variety, in addition to jams, jellies, and yogurt. 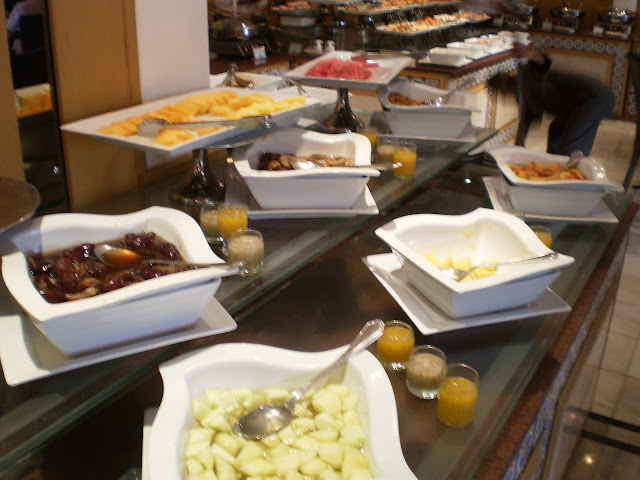 Chutneys and sauces were also available. 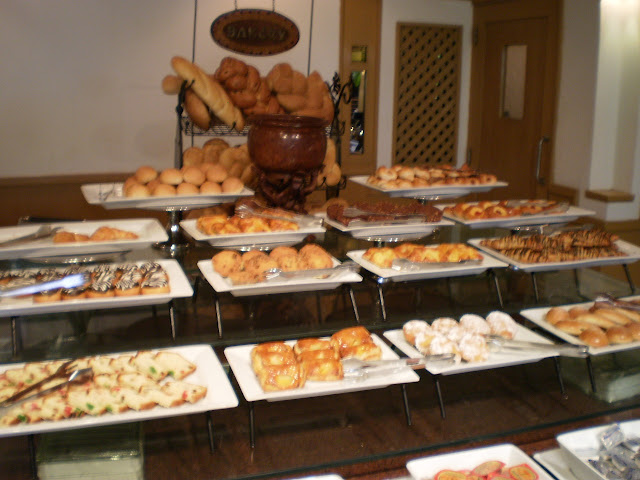 The bread counter: croissants, doughnuts, bagels, crumpets, scones, French loaf, you name it! All sweet and savory kinds of breads were there. 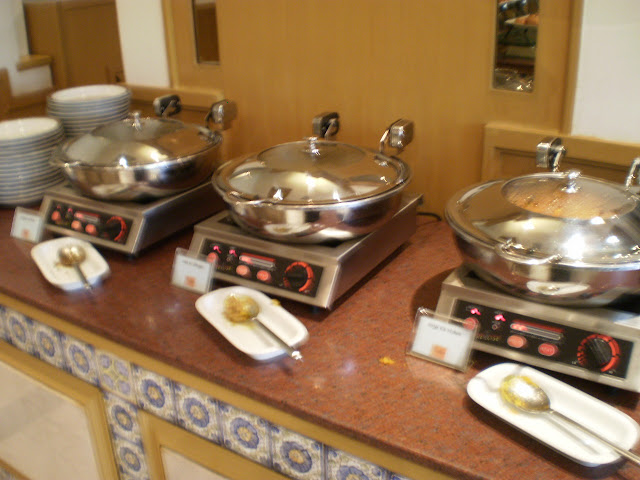 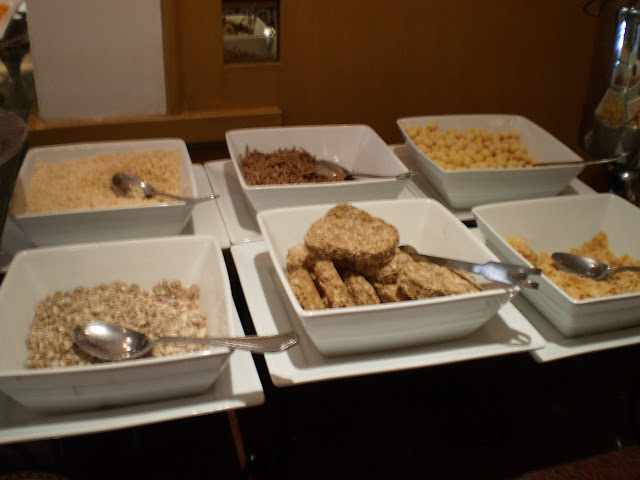 Cereals with warm or cold milk 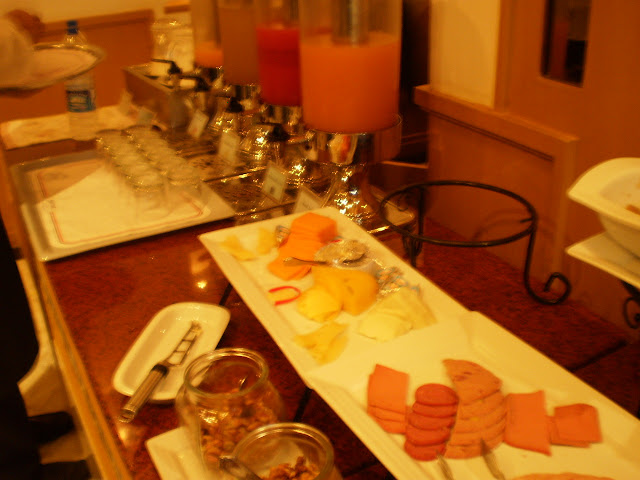 Cheeses and juices. Sweet and salty lassi was also there! Note: foreign cheeses should be checked to see if they are halal, so we decided to pass. 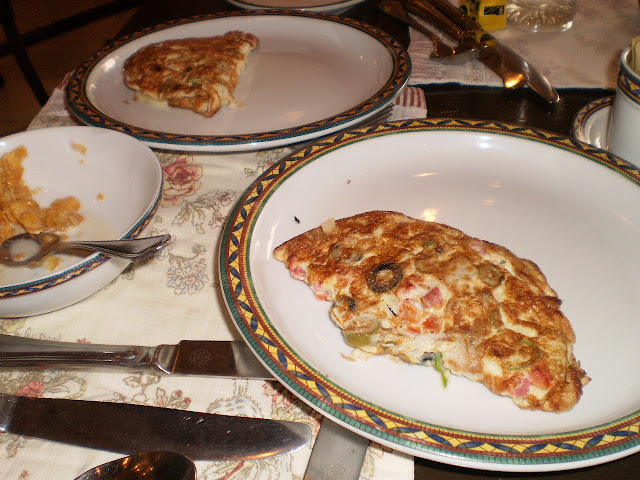 Cheese, olive, and mushroom omelette: the best I have ever had, no exaggeration!
A seasoned chef made these before our eyes, and it was really expertly prepared: well browned on all sides and on cutting off a piece, the melted cheddar cheese inside oozing out. 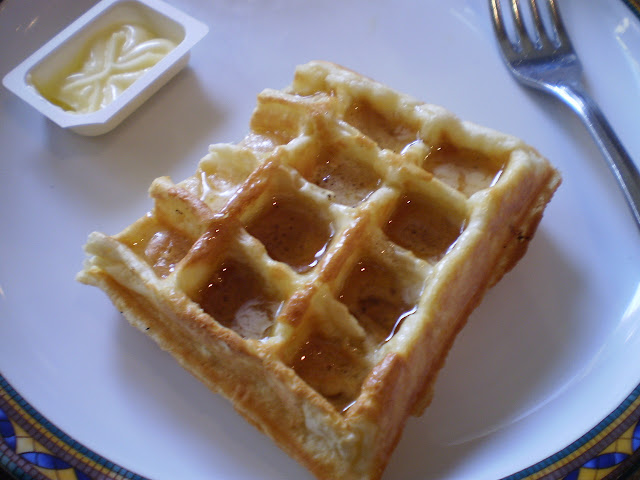 Waffle with maple syrup and butter. 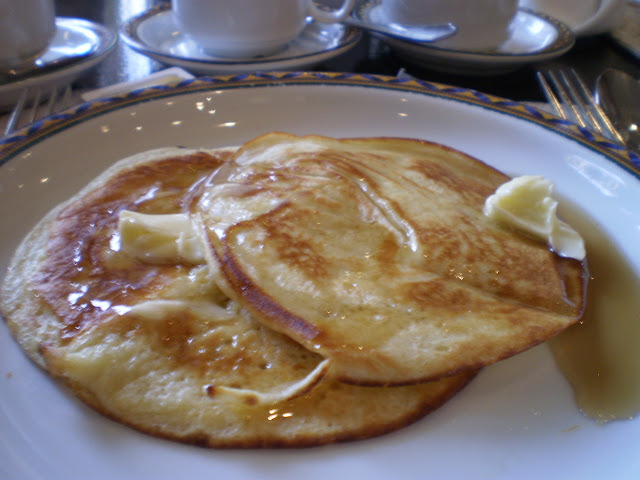 Pancakes (made before your eyes) with maple syrup and butter 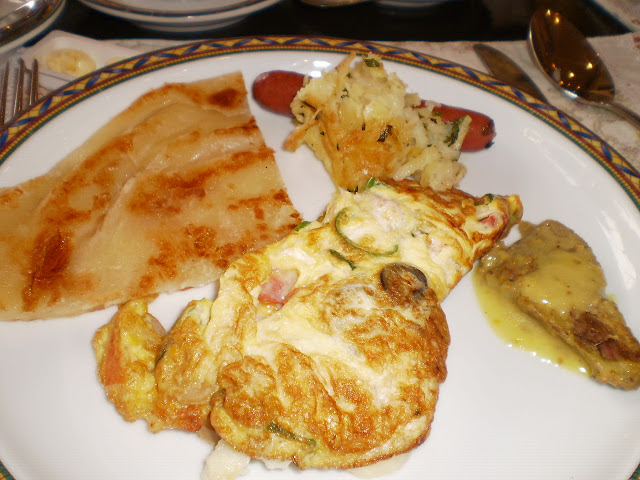 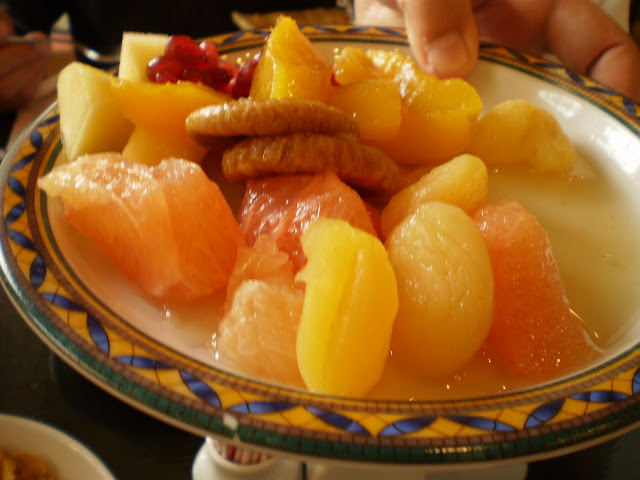 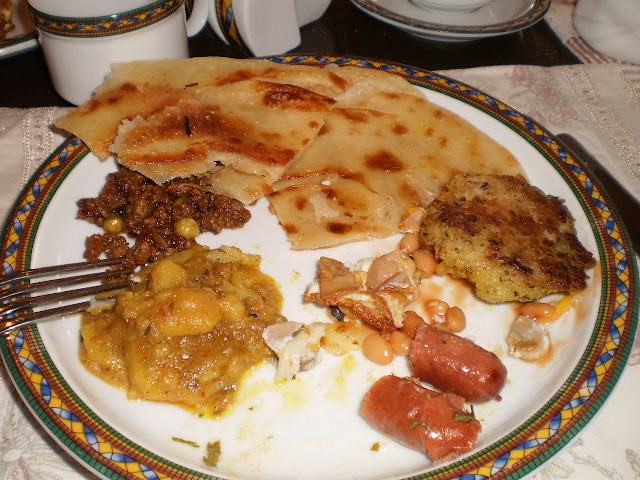 Starting clockwise from right: A hash brown, beef frankfurters, aaloo bhaji, qeema mutter and paratha's (top). In addition to these items, there were red baked beans, rice pudding (of porridge consistency), puri's and unlimited tea and coffee.
For Rs 750 per head, including taxes, I think the feast was fit for a king! Although many people are not fans of buffets, what I like about them is that everyone can have as much of what they like as they want to, without any reservations.
My two children aged 5 and 3 were greeted and served cordially by the friendly staff, which is a prime concern for me where ever I go. And they were not charged, by the way.
Verdict: All I can say is, "Why didn't I ever have breakfast at Nadia before?!" :) Perhaps one reason I enjoyed it so much was because it was Eid morning and I hadn't had breakfast in days!
Posted by S. Farooqi at 3:59 AM 6 comments: